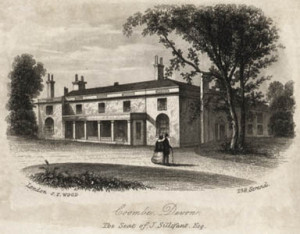 In a document entitled ‘The Sillifant Legend’ (London, 1977), the author states that: ‘In the time of Henry II, the King of Leinster in Ireland sought leave to Henry to recruit allies from among the descendants of the followers of de Sully living then on both sides of the Bristol Channel, to help him in his struggle with the O’Connors of Connaught for the high kingship of Ireland. These allies comprised Norman-Welsh, Norman-English, Flemish and Saxon groups whose traditions and language were French. Descendants of the original followers of the Sullys were prominent in these forces and they rallied to the battle cry of ‘Sully-en-avant’. The name Sullyvant was established in this way and was Gallicised into the Form Ui Suilleabhain which in turn became O’Sullivan.’

It goes on …. ‘In face of rising threats against England from the Continent which grew in strength in the reigns of Richard III and Henry VII and much more menacing in the time of Henry VIII, a new Irish policy was introduced which led to drastic changes in the system of land tenure and taxation and eventually in the removal of the Earl of Kildare from office. Titles were disputed, rents and taxes raised and….. as a result, some 20,000 Irish descendants of the original followers of the Marcher Barons, flooded into Pembrokeshire, no doubt many Sullyvants among them. In local speech, their name changed and became Sullyfant. From Elizabethan times onward many families of this name settled in Devonshire in the valleys of the Torridge, Taw and Tamar where their name changed again and became Sillifant.’

This document has many references though it is unclear what information might have been gained from elite works such as D.C. Douglas’ ‘William The Conqueror’, L.M. Cullen’s ‘Life in Ireland’ and ‘The Reign of Stephen’ by H.A. Cronne, as well as numerous others listed.

‘General history: Gentry’, Magna Britannia: volume 6: Devonshire (1822), pp. CXXXII-CLX presents a similar but slightly different story: ‘Sillifant, of Combe, in Colebrooke. This family, who formerly wrote their name Sullivan or Syllivan, came from Beare, in Ireland, in 1641. Combe was acquired by marriage with Snell, in 1677. John Sillifant, Esq., now of Combe, married the heiress of Prideaux, of North Tawton.’ The Sillifants did acquire Coombe House on marriage, though the reference to Beare in Ireland is currently unconfirmed.

Although the origin of the surname is currently unknown, it is clear that the bearers of the surname are predominantly Devon-based when they are in the UK.

Reaney and Wilson’s ‘Oxford Dictionary of English Surnames’ gives references to Pellefant back in the fifteenth century – Judith 1612, Alse 1619 and Andrew Pilliphant 1633 in Hartland Parish Registers, Devon and states that Pillifant probably comes from East, West Pilliven in Witheridge, Devon.

For Sillifant, wills for John Silliphant in 1616 and Thomas Sillafant in 1776 are noted. The ‘Consolidated Index to Devon Wills’ on the Genuki website – http://www.genuki.cs.ncl.ac.uk/DEV/DevonWillsProject – shows wills for Pill(i/e/a)v(i/e)n in the 1650s in Braunton, Ashford and High Bray in Devon as well as Christian Pyllaven, a widow of Chittlehampton in 1591.